For over 15 years we’ve been proud to work with local organizations, experts, and communities for thousands of people in over 8 countries around the world.

The Calvin Ayre Foundation is an independent charitable giving organization, based in the beautiful island of Antigua and Barbuda, where Calvin now calls home. Committed to the hard work of making social good, we seek to make that change happen where it is needed most and where inequality persists. To realize our vision of making a difference and building a brighter future, we remove barriers, educate, empower, and break the cycles of poverty; we swiftly respond to emergency disasters, and help those in need.

We are fortunate that in spite of our troubles we are not alone in facing them. Your help has greatly helped my daughter's recovery.

Our Pillars of Giving

While we traditionally plan our projects, circumstances sometimes dictate that a more rapid reaction is required. In 2010, the devastation wrought by the earthquake in Haiti prompted the Foundation to issue a challenge to the online gaming industry to open their wallets. The Foundation pledged to match all industry donations up to $1,000,000.

In 2013, the Foundation made a similar offer to raise funds to help the Philippines recover from Super Typhoon Haiyan. Calvin kicked things off by personally pledging $200,000 of his money to demonstrate his support for a country he had come to know and love. We also focused our attention on the village of Sitio San Vincente, Barangay Lo-ong, Concepcion in Iloilo City. Decimated by the typhoon’s force, with many families left homeless, we visited the village to distribute food and materials, rebuild their shattered homes, distribute medicine to those in need, and oversee the reconstruction of the chapel in this deeply spiritual community.

On the heels of the successful Adopt-A-School program, the Foundation has gone on to help various families living in difficult conditions. This has grown into our Adopt-A-Family program and Adopt-A-Village program. In 2014, we pledged $2,000,000 to Antigua’s 500 Homes in 500 Days project. The newly elected government of Prime Minister Gaston Browne had made the project a plank of his election campaign as a way of increasing homeownership on Antigua.

In 2020, the Foundation partnered with The Prince’s Foundation to build homes for families left homeless as a result of the devastation wrought by Hurricanes Irma and Maria. The Foundation was keen to find a way to respond to the housing needs of the people of Barbuda, supplying funding and technical support to the design and construction of the houses.

The Foundation’s interest in education has been inspired by Calvin’s experiences in Costa Rica. Learning of the state of local schools and literacy rates, we turned our attention to schools that needed the most help. By funding the Rafael Angel Calderon School, the Foundation pioneered an Adopt-A-School program, which has now been expanded to Antigua by invitation of the government and then Prime Minister Errol Cort. This program has evolved into working towards infrastructure updates, field trips, physical education, and safety.

As recently as 2019, we donated $200,000 to the Island Academy Bursary Fund, the fourth consecutive year in which the Foundation has provided funding to benefit deserving Antiguan & Barbudan youths who lack the wherewithal to attend a quality school. The Foundation regularly sponsors a Antigua & Barbuda Softball League Tournament, which promotes interpersonal skills and cooperation by bringing together teams from surrounding Caribbean nations, including Tortola, Anguilla and St. Maarten.

One thought on “Our Story” 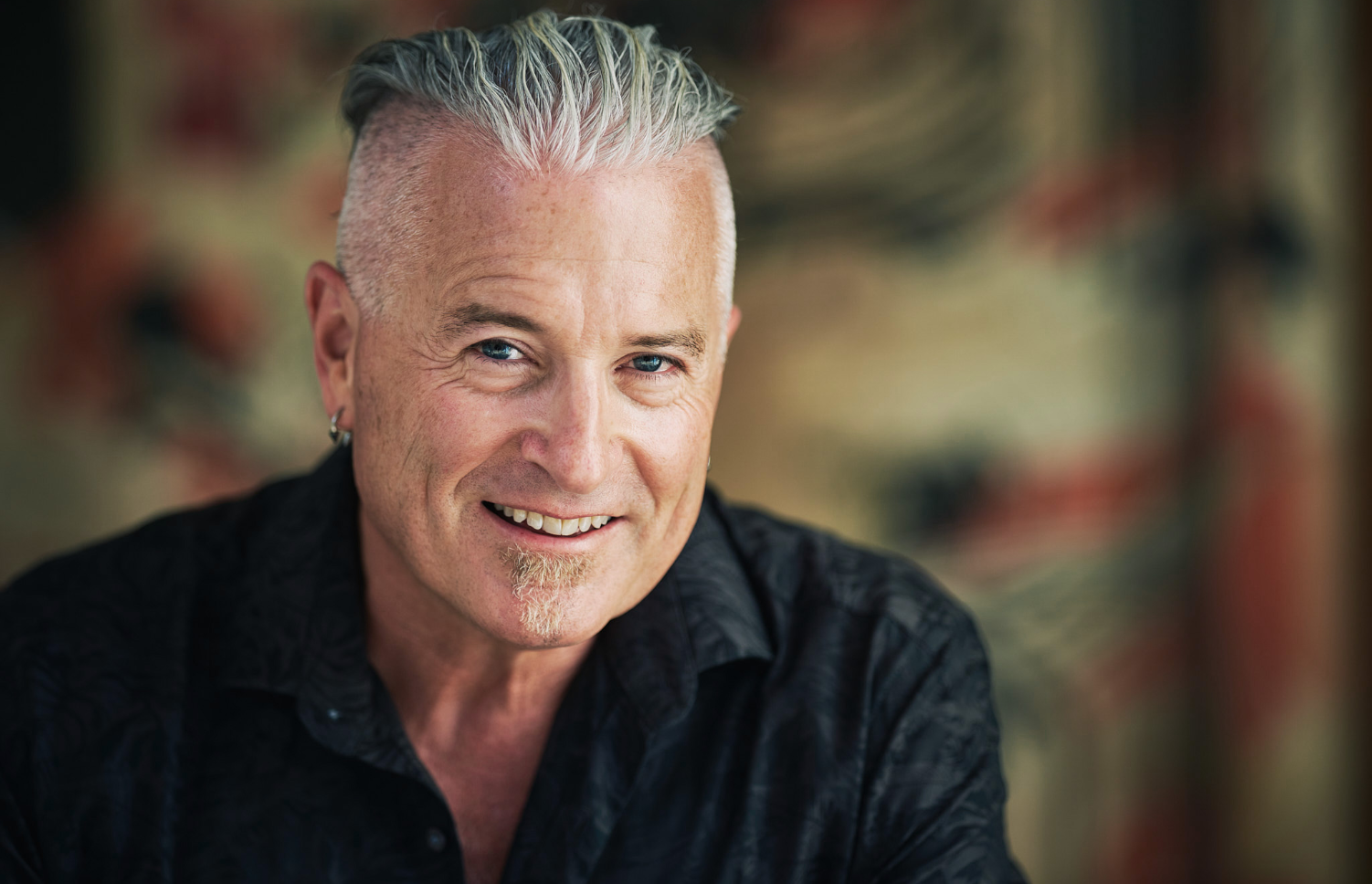 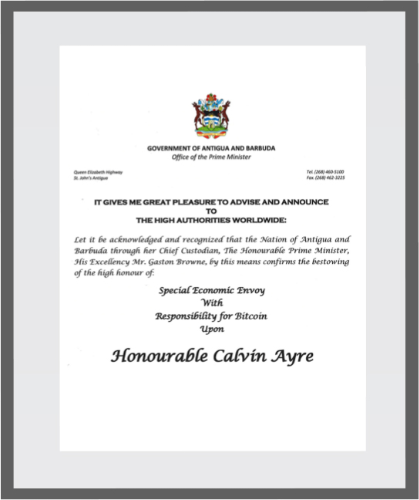 Calvin Ayre was born in 1961 on a farm near Lloydminster in northern Saskatchewan, Canada. Calvin was an excellent student but his family lacked the financial resources to further his post-secondary education. Undaunted, he launched his first business, renting a truck and running fresh fruit from British Columbia orchards to his friends up north. Calvin earned enough money to pay for his university tuition and went on to earn degrees in business and science.

Relocating to Vancouver in the early 1990’s, Calvin opened an office service business that offered the city’s only high-speed internet connection. His exposure to a number of new internet startup companies led him to launch his own company supplying technology for the nascent online gambling industry. In time, he formed his own online gambling company and the Bodog brand was born.

In a few short years, Calvin built the Bodog site into an industry leader. He then broke with tradition by expanding the brand’s reach into non-gaming elements, including television production companies, the Bodog Music record label and the Bodog Fight mixed martial arts league.

The mainstream business industry took notice, putting Calvin on the 2006 ‘billionaires’ issue of Forbes magazine. Calvin has also appeared on People magazine’s list of the 50 most eligible bachelors and has been profiled on MTV Cribs and VH1’s The Fabulous Life Of….

In 2007, Calvin stepped down from an active role in the online gambling business but kept the rights to the Bodog brand, which he then licensed to other companies in different countries around the globe. A few years later, Calvin launched CalvinAyre.com, a gaming industry news site that has become a hub for industry professionals.

Calvin has re-invented himself into an entrepreneur in an industry with even more potential than online gambling. Since 2010, Calvin has been a key investor and leader in the Bitcoin industry that is increasingly changing the way business is conducted around the world.

He partnered with Bitcoin pioneers to bring stability to a wildly erratic industry. In becoming a major investor of nChain, a leading Bitcoin and blockchain engineering and advisory company, Calvin fostered a shift away from irrational cryptocurrency mania and toward a sound path for worldwide adoption of the technology. Calvin astutely brought blockchain back to its intended purpose: To create a more transparent way to facilitate monetary transactions and to make participating in the global economy accessible to anyone, anywhere.

In a few short years, Calvin has turned a little known website called CoinGeek into one of the world’s largest Bitcoin Transaction Processors, as well as the Bitcoin and blockchain industry’s leading media, publishing and events company. CoinGeek Conferences offer an opportunity for businesses, entrepreneurs, start-ups, developers, crypto-mining operators, investors, academics, and policymakers to discover more about the unique technological capabilities of the BSV blockchain. The international conferences are held in world-class destinations such as London, Hong Kong, Toronto, New York and Seoul.

In 2017, the Halo Foundation chose to honor Calvin Ayre with their Philanthropist of the Year award in recognition of his years of generous support for local causes, including donating badly needed medical equipment, furthering local students’ education and assisting relief and rebuilding operations in the wake of 2017’s devastating Hurricane Irma.

On November 14, 2019, His Excellency Sir Rodney Williams, the Governor-General of Antigua & Barbuda, presented Calvin with the Faithful & Meritorious Service Cross Award. The Cross is presented to individuals whose efforts have resulted in a transformational improvement of the country. Calvin’s efforts have been recognized by the Government of Antigua & Barbuda, which has named him a Special Economic Envoy for the country.

Another way Calvin is helping Antiguans is through employment. In 2019, Calvin officially opened his five-story office complex dubbed Canada Place, and it serves as the location of the Ayre Group’s global head office. He had it built at a cost of US $40 million and it is expected to house up to 600 employees, both belonging to Ayre Group’s various technology companies and other high tech tenants.

In 2020, Calvin officially launched the Bodog Beach Club, a world-class restaurant and beach bar located on the desirable south shore of Antigua’s Jolly Harbour. In 2021, he will debut the first of several planned Ayre Resorts properties. More than 350 jobs will be created through the $100-million project.

As he has proven throughout his life, whether it be in northern Canada or an island in paradise, Calvin Ayre is always on course for new heights — making a positive impact on individuals and communities as he rises.