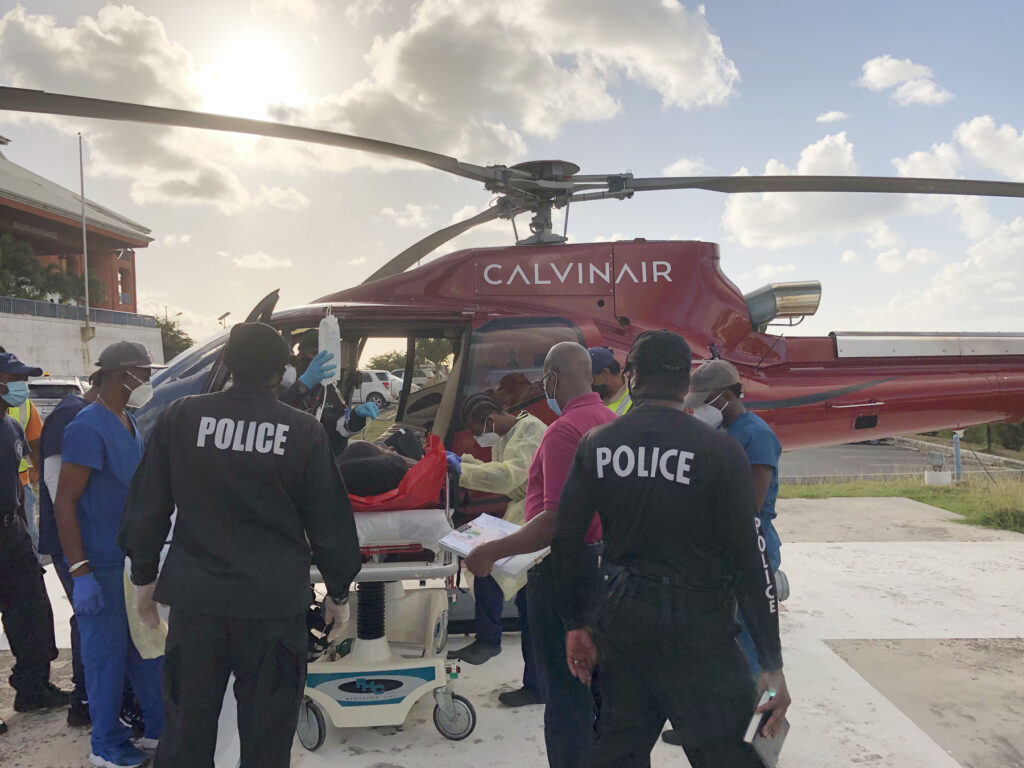 May 16, 2020: A 42-year-old Barbudan man was airlifted to Mount St. John’s Medical Centre on Wednesday by Calvinair Helicopters after suddenly falling ill at work.

The construction worker at the Peace, Love and Happiness (PLH) development was tended to by on-site paramedics who determined he needed urgent additional attention.

“There is no dedicated aircraft to transport anyone in cases like these that involve critical heath issues and trauma on Barbuda,” said Mark Fleming, Director of Aviation for Calvinair Helicopters. “In emergencies, timing is everything. So when we got the call, we were more than willing to spring into action.”

Fleming, a former air ambulance captain who spent seven years in the medical evacuation response field in Canada, said that such eventualities had been discussed several weeks ago with chairman of the Ayre Group, Calvin Ayre.

The decision was taken that, if the need ever arose, the Calvin Ayre Foundation (CAF) would cover the cost of the emergency flight.

“The foresight of Mr. Ayre in pre-approving this type of volunteer emergency service is impactful in saving lives,” Fleming added.

“Pre-planning is super valuable,” he said. “Thanks to Calvinair Helicopters, this was a seamless transition. Teamwork got the patient from Barbuda and into the capable hands of the Emergency Room doctors at MSMJC. That’s how saving a life should go.”

Darren Flanagan expressed his gratitude on behalf of PLH developers. “I am so proud of how our team responded and we would like to thank Calvinair Helicopters for their support and quick action,” he said.

“We are happy to have contributed to this life-saving situation,” Ayre said. “We realize this is a critical and valuable service, and will continue to be on standby should other emergencies like this arise.” The patient is said to be recovering in hospital. His illness has not been disclosed but it is not believed to be life-threatening. A spokeswoman confirmed it was not Covid-related.