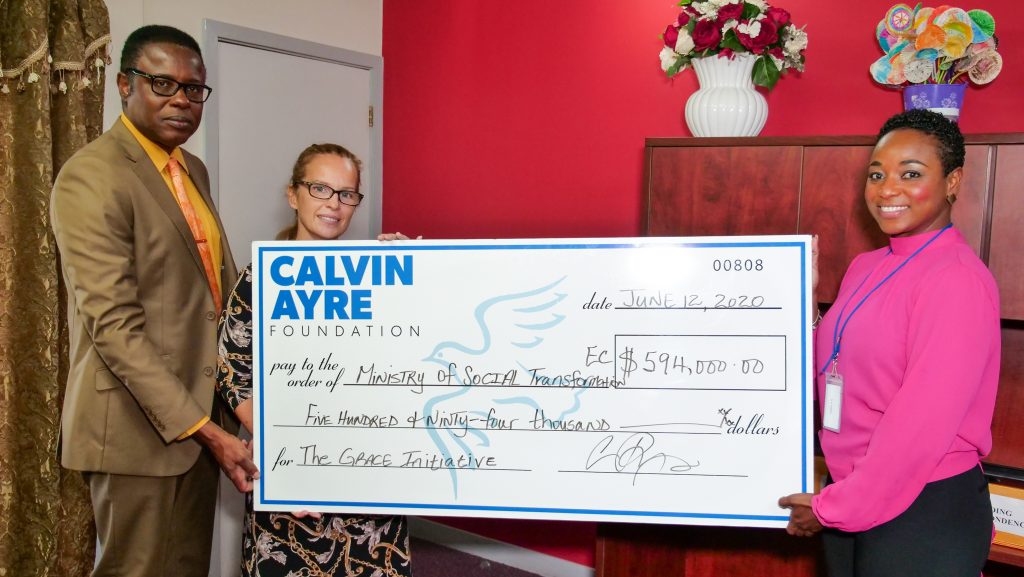 June 13, 2020: The national food programme for vulnerable families is better off to the tune of more than half a million dollars thanks to a donation from the Calvin Ayre Foundation.

A total of $594,000 will be given to the Ministry of Social Transformation, which is spearheading the initiative, in four installments.

“We are all navigating unchartered waters,” said the Foundation’s Executive Director Corinna Delowsky.

“We realise that there could be more difficult days ahead and that our current situation might be extended. So we’re playing our part in allotting these funds over the next four months, the period which is likely to be most critical.”

The charity – founded in 2005 and headed by billionaire Calvin Ayre – has child welfare, education and social development at the core of its remit.

“We are an organization that supports the government and people of Antigua and Barbuda in times of crisis. This time will be no different,” Delowsky added.

Minister of Social Transformation Dean Jonas said the money would help “those who are struggling to survive in very different circumstances”.

“It’s the donations like these that also provide a window of opportunity for those who are forced to reconsider their lifestyle to make changes for a more sustainable future for themselves and their families,” Minister Jonas added.

Businessman Ayre admitted that, like any employer and citizen, he is concerned about the future of the country’s economy. However, feeding the vulnerable and food security are of immediate concern.

“We know current projections dictate that things are likely to get much worse before they improve, he said, “but I can assure the government and the people of Antigua and Barbuda that the Ayre Group and the Calvin Ayre Foundation are here for the long haul.”